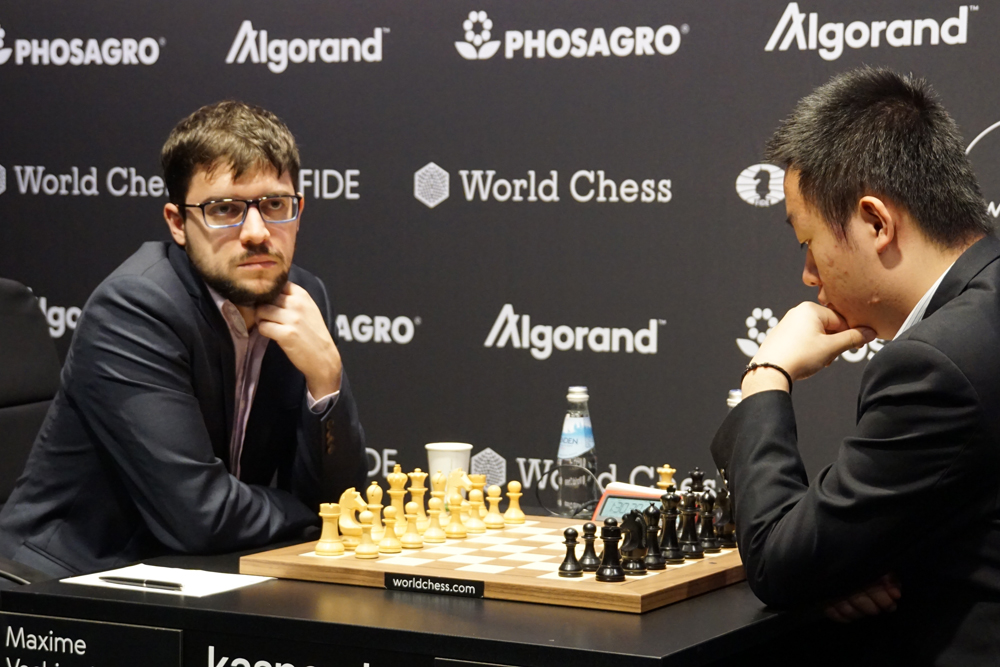 Qualification for the Candidates Tournament to be held in Yekaterinburg, March 2020, concluded yesterday in Jerusalem. Congratulations to Ian Nepomniatchi for winning the tournament, and for taking the 7th qualifying spot. The 8th and last place will be awarded by the organizers to a player eligible according to FIDE rules («wild card»); a questionable privilege that we hope will disappear for the next world championship cycle.

On November 11th, in a press conference announcing the Russian international chess events of 2020, the President of the Russian Chess Federation (RCF), Andrei Filatov, had stated that he was pleased with the organization of the Candidates Tournament in Yekaterinburg, because it «guaranteed the presence of a Russian player».

The situation has changed since then, as Sacha Grischuk and Ian Nepomniatchi both qualified via the FIDE Grand Prix. The RCF could therefore choose to give the wild card to the only eligible Russian player, Kirill Alekseenko, for his third place at the Grand Swiss that took place on the Isle of Man. But on a purely sporting level, it could legitimately pick Maxime Vachier-Lagrave (MVL), three times eligible and first non-qualified player by 2019 average rating, 2019 World Cup, and 2019 FIDE Grand Prix!

Whether it opts for a third Russian player or for the most obvious sporting choice, the RCF remains sovereign in its decisions. However, we suggest it takes into consideration the possibility of organizing a MVL-Alekseenko match in order to earn the wild card spot. It would have the merit of preserving sporting equity and would, I believe, meet the wishes of a vast majority of chess enthusiasts throughout the world.

This morning the RCF has publicly given the nod to Alekseenko. Given the advantages of having three Russians in the Candidates in terms of the probability of a Russian qualifying to the World Championship, it seems unlikely they will acquiesce to MVL’s proposal of a match.